One of the most popular transportation options available. The history of air freight is relatively short when you consider sea freight. The movement of goods by sea can be traced back thousands of years. Air freight we only have to look to the last century.

The very first air freight shipment on a cargo-only plane took to the skies over a century ago in 1910. A US department store decided to fly 200Ibs of silk the 65 miles from Dayton to Columbus. The Model B plane, invented by the famous Wright Brothers, raced against an express train to see which was faster. The plane won and clearly demonstrated to the world that air freight could be a viable transport option.

air freight diversified in 1911. Air mail demonstrations were held in both India and the UK. In the UK, a month-long airmail service ran as part of the Coronation celebrations for King George V. Moving mail by air the 21-mile distance from London to Windsor.

Undeterred, aviation and the air freight industry continued to grow. With increasingly reliable planes transporting on the same aircraft both passengers and goods. As technology advanced and the confidence in air transport improved planes ventured further and crossed water.

During the war effort there was considerable investment in aircraft technology. Planes were essential in transporting troops, Weapons and supplies over long distances.

At the end of the war the International Air Transport Association (IATA) was formed. This was also the period where All-Cargo airlines started to emerge. It was in 1968, some two decades later that the air-cargo industry had it’s plane. The launch of the Boeing 747 could carry over 100 Tonnes of cargo on full aircraft pallets. Cargo versions had a nose-loading door which allowed larger cargo to be carried.

1990s – The integrators arrive and the express parcel.

Fedex, DHL & UPS are names synonymous around the world with small parcels. Integrators whom carry small parcels on their own dedicated aircraft. Specialists in 32 Kilos or less in 2-3 days, not possible without all-cargo aircraft. With the rise of the internet and global players like Amazon / Alibaba and Ebay these small parcels continue to grow this market.

The history of air freight has changed considerably over the 20th Century. The start of the 21st century though has seen air freight continue to develop.

The internet has truly opened the world to a global market place. It has never been easier to import or export goods. Air freight offers a quick way to move goods from Manufacture worldwide. 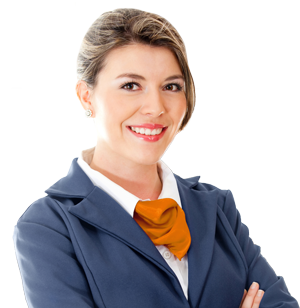 If your enquiry is an urgent operational issue, please CALL us on the appropriate mobile number
If your enquiry is more general, please call, email or request a call back. We will respond within 2 hours*
0800-2000 hrs 7 days a week GMT/ETC

Request a call back